Last week we continued our blog series introducing you to the members of Baby Robot Games working on Ereban: Shadow Legacy - you met the whole Art Team and learned how they make Ereban look so good.

This week is no different! Today we’re very happy to introduce you to the Programming and Animation teams! Meet Alberto, Oriol, Pablo, and Jessica! 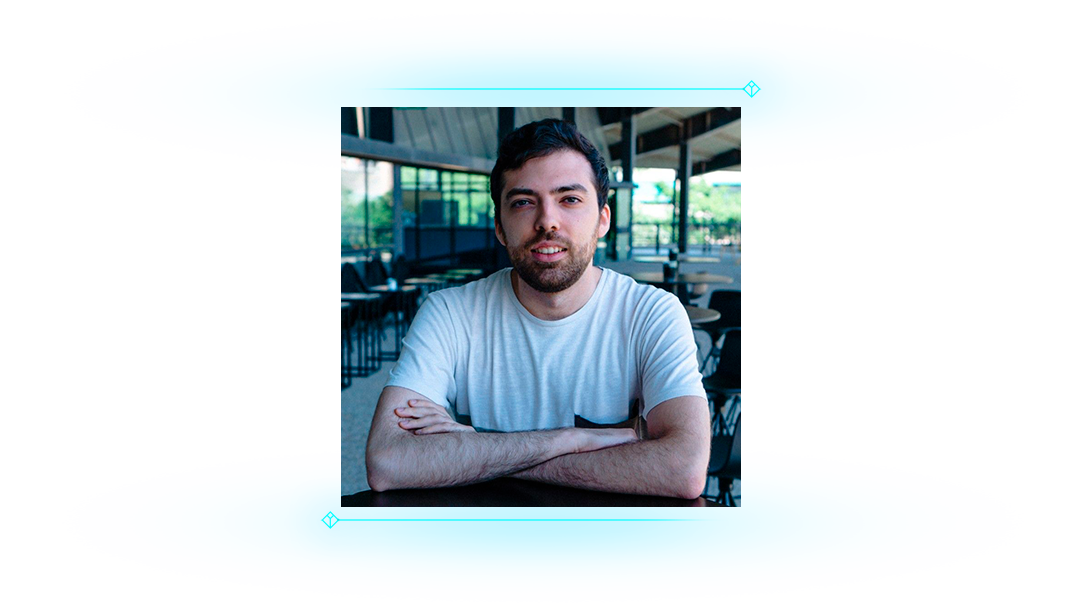 Hello there! I’m Alberto, one of the founders and Technical Director at Baby Robot Games.

To get my first memory I have from videogames, we have to go back to the summer of ‘99, when one my cousins gave me probably one of the best presents I’ve ever gotten: a Sega Master system with Sonic, Ghost ‘n Goblins, Streets of Rage and many more classics.. I would not leave my room for the rest of the summer.

The following years were the years of Cybercafes. There, I would play for hours and hours with my friends, games like Half Life and Counter Strike. Somehow, I managed to convince my parents to buy me a computer so I could also play at home. I discovered that many of these games come with modding tools that allow you to customize the gameplay and visuals of the game.

I remember creating my own levels and scripts that I could publish on my server so that other people could play them. It was amazing to see how players enjoy what you create. It was then that I decided that I wanted to be a game developer, but I would have never imagined what was coming.

Developing Ereban: Shadow Legacy, has been the biggest technical challenge I have ever faced. The amazing Shadow Merge mechanic that we created together with cel shaded aesthetics opens a whole new world of opportunities but also challenges, in terms of shadow detection, surface collision and many more.

My main job as a technical director is to work side by side with the programming team and also the artist team, in order to achieve the best results and performance for the game. We work very hard as the programming team to provide the best gameplay experience for the players and also to create the best tools for the team. Also, as a graphics programmer, I work very closely with the artist team in order to improve the visuals of the game.

It’s such a pleasure to work together with this team and we are really putting our passion and efforts into Ereban to provide the best experience for the players. 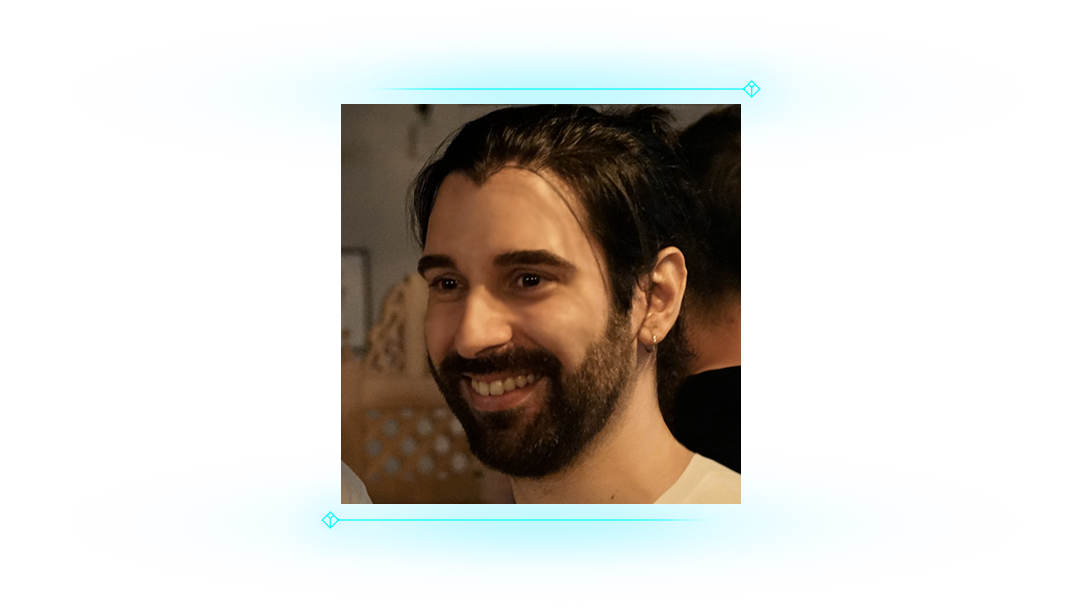 One of my first memories is watching my cousin playing Pokemon Red on his Game Boy. I loved what I saw. Those monsters, choosing the next attack, moving through a world full of adventures... It was love at first sight. Some time later my parents gave my sister a PS One (which I played more than she did) and to me they gave a Game Boy Advance SP, one of my favorite consoles ever that I carried with me everywhere I went. I remember those times fondly, the games had a special magic that I suppose is partly nostalgia now, but for me games such as Golden Sun, Advance Wars, Zelda: Ocarina of Times/Seasons and similar titles don't age by the passage of the years.

I was 14 years old the first time I had the idea of being a Game Developer and I started channeling all my studies to it, but I never imagined that I would be creating a company with five friends and having such a great team as we have right now.

Developing Ereban is one of the most intense and difficult experiences of my life. We have put so much effort in, but we’ve also had so much luck to be where we are.

I work side-by-side with Jess to make the animations look good and natural for the game, not animating directly but giving her direction for the feeling and actions of each one. However, my role in Ereban is very diverse, so it's hard for me to call myself "Animation Director", as I'm also in charge of the AI, gameplay programming, cutscenes and business paperwork.

I'm looking forward to watching people playing and enjoying our first game. I'm especially hyped to see how people use the Shadow Merge mechanic to create their own paths throughthe levels, exploring the maps freely or sneaking behind an enemy without making any noise. 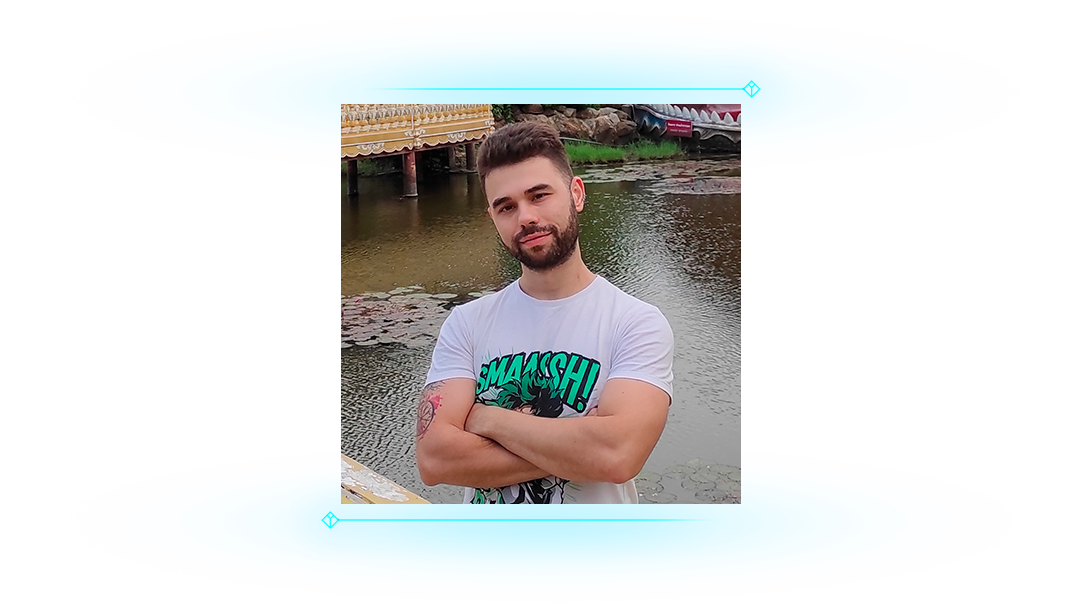 What’s up people? My name is Pablo, and I’m the gameplay programmer of the Baby Robot Games team. It’s cool, right?

The truth is that when I was a child, I wanted to be a firefighter. I imagined myself saving little cats, putting out fires and rescuing people like a hero. But then video games came into my life (or rather, into my school). I was 9 or 10 years old and I remember playing Prince of Persia for the first time and freaking out with it. After hours playing this and other games (Pacman, Golden Axe, Super Pang, etc.) I went to my teacher and asked him how I could make games like those. He told me that it was very difficult, because if I wanted to make video games I needed to study a lot of mathematics, computers and go to the University. Maybe, for a normal child, these words could have been discouraging, but not for me. I went straight home and told my mother that I already knew what I wanted to be when I grew up, a “videogame creator”. And well... I’m here, mini Pablo, we did it.

What I like the most about Ereban is the fluidity of Ayana’s movements, how she moves by the walls, floors or other objects while she’s merged in the shadows, dodging enemies or (my gameplay preference) killing them stealthily from behind. My work as a gameplay programmer is to make all the mechanics and elements of the game work perfectly to convey to the player our vision of this world, Ayana’s story and - of course - make them have a great time.

If you’re a merciless killer of robots like me, you’ll have a great time hunting them relentlessly with all the abilities, powers and gadgets you’ll have at your disposal. I'm excited to see you play Ereban! 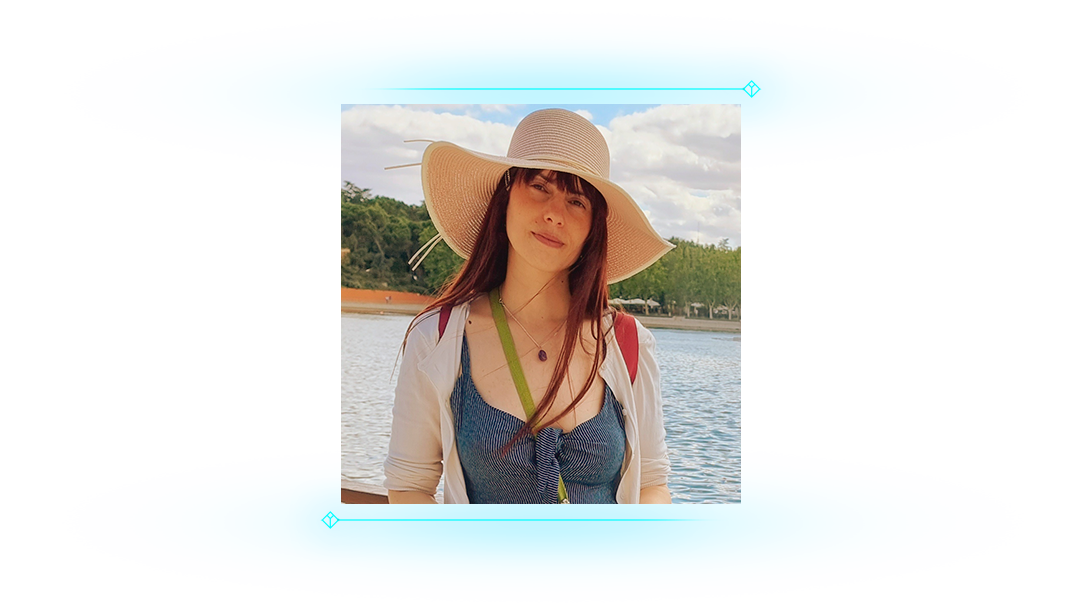 Hi! My name is Jess and I’m the animator who bestows life to the characters in Ereban: Shadow Legacy.

Ever since I was little I’ve loved devouring stories. What motivated me the most to keep reading book after book, or comic after comic were the characters. I wanted to know what would happen to them at the end of the story! Then one day I discovered video games, and I got hooked to the Final Fantasy series or any RPG that I could get my hands on. I was amazed at the brand new way that allowed me to enjoy storytelling through immersing myself as the character and exploring that world at my own pace and will.

I’m also a huge fan of Ghibli, I think I lost count on how many times I’ve rewatched their movies fascinated at how this animation studio brings characters to life, and how much detail and thought is put in every frame and movement. I guess that’s what got me into animation when I had the chance. After working as a graphic designer for some years, I wanted to do something more exciting. And when I finally entered the animation world, oh boy! I felt like I had discovered a new world that would broaden my horizons by meeting so many new people, cultures and learning everyday so much thanks to them.

I worked for TV series before changing to videogames. I wanted to go back to my teenager self and have fun with interactive stories and environments, and of course, to play too!

And I love to have the chance to work on Ereban, so I can now be part of a game that other people can play and enjoy. I hope everyone will be curious about Ayana’s journey, what her decisions will bring her, what she is capable of, what is going on in the world she is in. I hope you can just sit and be immediately drawn by the story and the action, to feel and be moved by the characters in this world as you step in it, and let your curiosity take the best of you.

And now you know how Ayana is able to move around so stealthily using her Shadow Merge! Stay tuned for the last entry in the Meet the Devs series - and a fun surprise :)

In the meantime, please consider wishlisting Ereban: Shadow Legacy on Steam and follow us on twitter @BabyRobotGames - where we’ll be posting more content about the game!

Today we’re starting a small series we’ve been wanting to do for a while now: a presentation of the team members! As you know, Baby Robot Games is ...

Last week we kicked off a blog series introducing you to the members of Baby Robot Games working on Ereban... 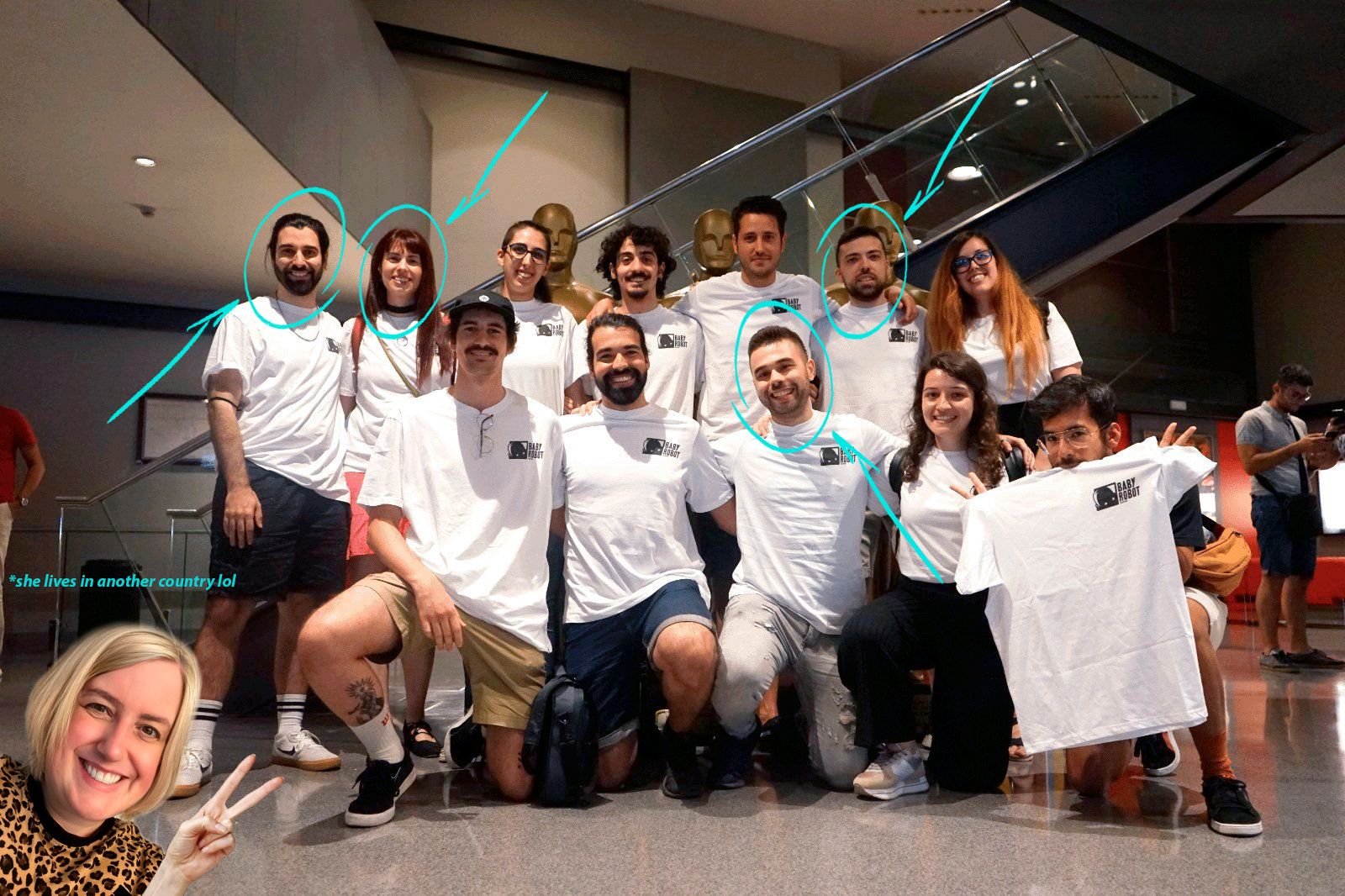 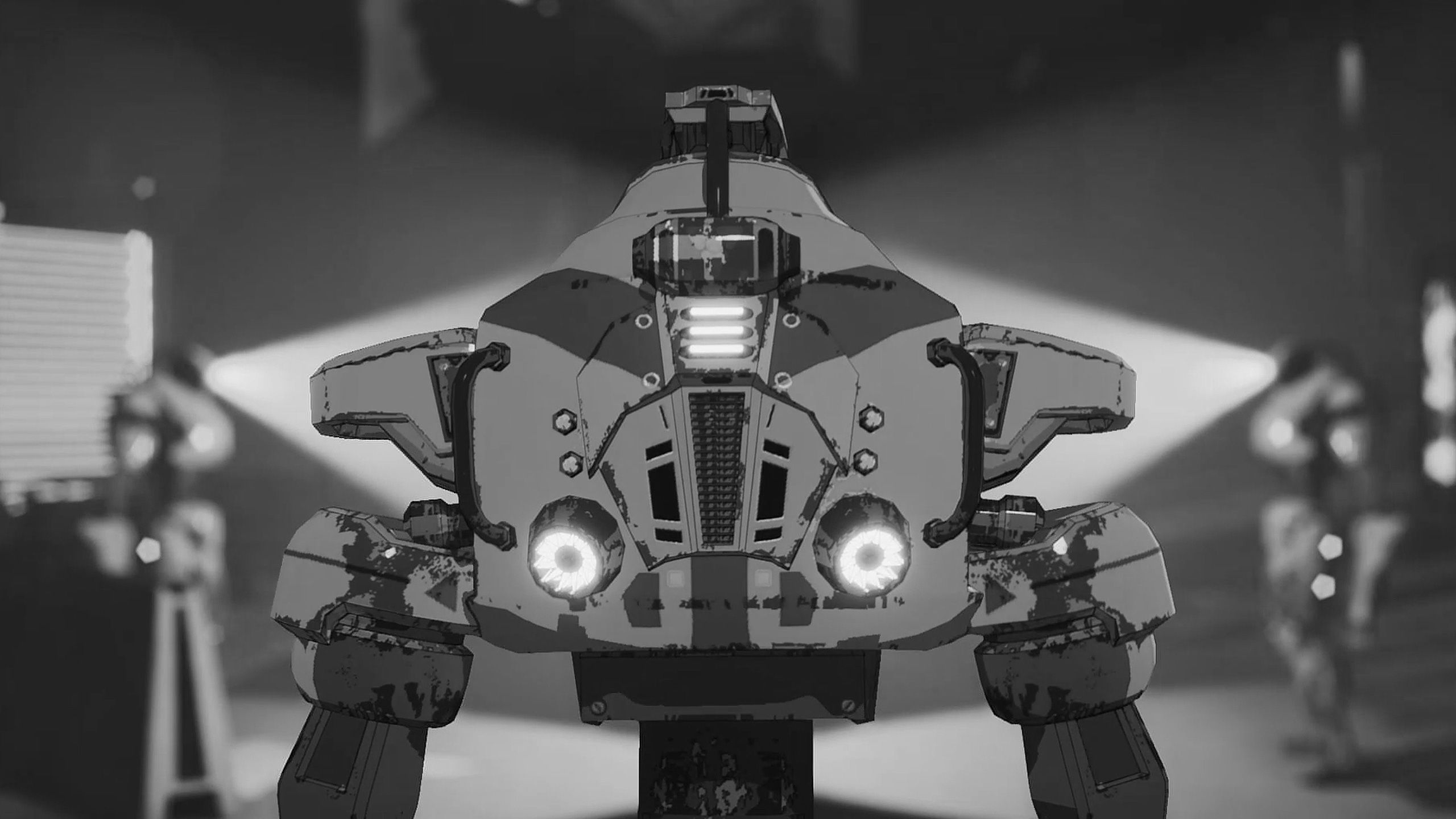 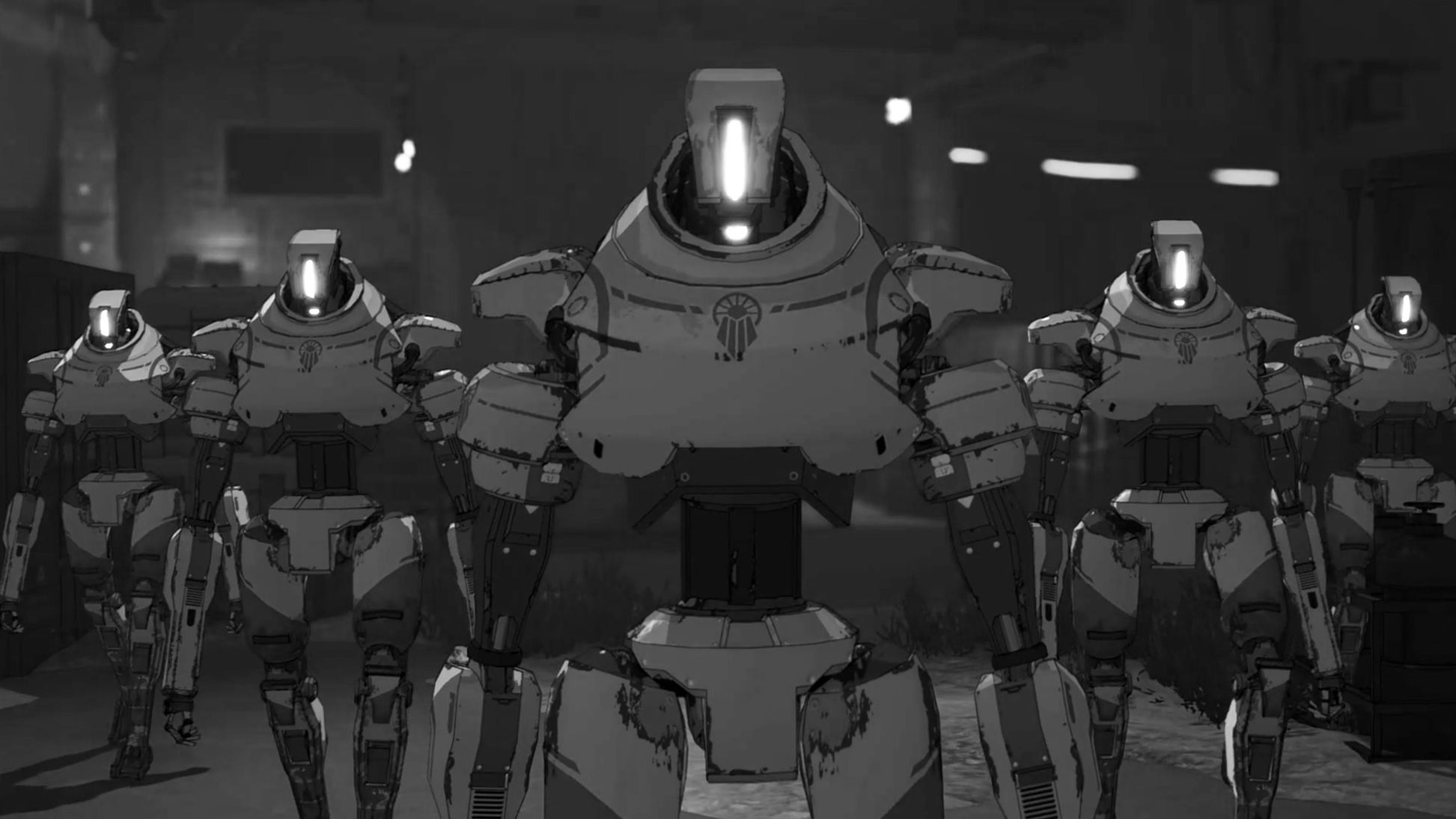